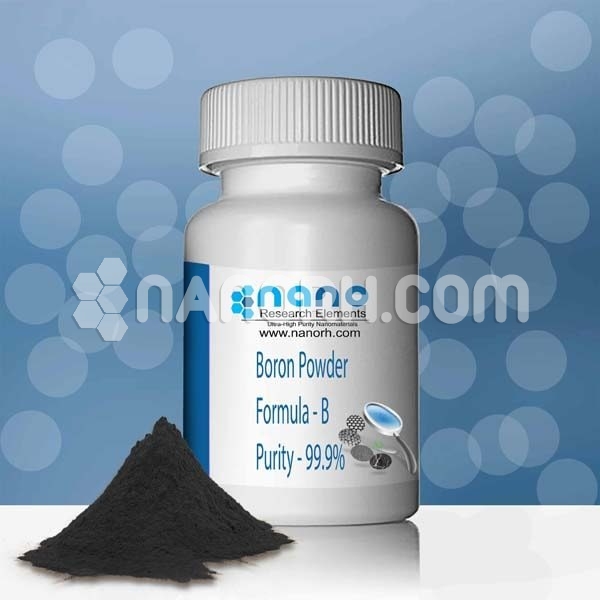 Boron is a chemical element with the symbol B and atomic number 5. Produced in its entirety by cosmic spallation and supernova and not by stellar nucleosynthesis, it is an element of low abundance in the Solar System and in the earth’s crust. Boron concentrates on the Earth due to the water solubility of its most common natural compounds, borate minerals. These are industrially extracted as evaporites, such as borax and kernite. The largest known boron deposits are in Turkey, the largest producer of boron minerals.

Elemental boron is a metalloid found in small amounts in meteorites, but not chemically combined boron is not naturally found on Earth. The industrially very pure boron presents with difficulty due to the refractory contamination from carbon or other elements. There are many boron allotropes: amorphous boron is a brown powder; Crystalline boron is silver to black, extremely hard (about 9.5 of the Mohs scale) and a faulty electrical conductor at room temperature. The primary use of elemental boron as boron filaments is similar to carbon fibers in some high-strength material applications.

Boron is mainly used in chemical compounds. About half of all boron consumed in the world is a glass fiber additive for insulation and structural materials. The next main use is in polymers and ceramics in structural materials and high strength light refractories. Borosilicate glass is required for its greater strength and resistance to thermal shock than normal glass soda lime. Boron as sodium perborate is used as a bleach. A small amount of boron is used as a dopant in semiconductors and reactive intermediates in the synthesis of fine organic chemicals. Some organic pharmaceutical products containing boron are used or are being studied. natural boron comprises two stable isotopes, one of which (born-10) has different uses as a neutron capture agent. In biology, borates have low toxicity in mammals (similar to table salt), but are more toxic to arthropods and are used as insecticides. Boric acid is mildly antimicrobial, and several natural boron-containing organic antibiotics are known. Boron is an essential plant nutrient and boron compounds such as borax and boric acid are used as fertilizers in agriculture, although it only required in small amounts, with the excess being toxic. Boron compounds play a strengthening role in the cell walls of all plants. There is no consensus on whether boron is an essential nutrient for mammals, including humans, although there is some evidence it supports bone health.

There are no reviews yet.

Be the first to review “Boron Powder” Cancel reply