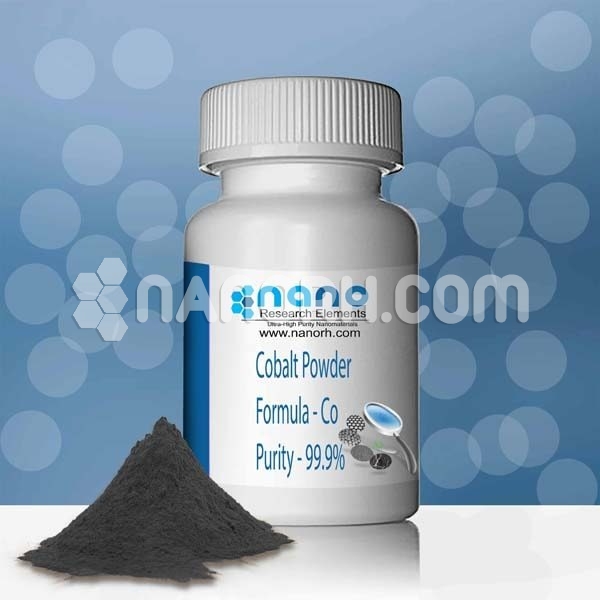 Cobalt powder (Co) is a chemical element with the symbol Co and the atomic number 27. Like nickel, cobalt is found in the earth’s crust only in a combined chemical form, except for the small deposits that are found in alloys of iron natural methods. The free element, produced by reductive fusion, is a hard, shiny, silver-gray metal.

The blue pigments based on cobalt (cobalt blue) have been used since ancient times to make jewels and paintings and to give a blue note to the glass, but the alchemists thought that the color was due to the well-known metallic bismuth. Miners have long used the name of mineral kobold (German for goblin ore) for some of the minerals that produce the blue pigment; they were called because they were poor in known metals and emitted toxic fumes that contained arsenic when they melted. In 1735, it was discovered that such minerals were reducible to a new metal (the first discovered since antiquity), and this was eventually called by the kobold.

Today, some cobalt is produced specifically from a series of bright metallic minerals such as cobaltite (CoAsS). However, the element is generally produced as a by-product of copper and nickel extraction. The copper belt in the Democratic Republic of Congo (DRC), the Central African Republic and Zambia produces most of the world’s cobalt production. Only the Democratic Republic of the Congo represented over 50% of world production in 2016 (123,000 tons), according to Natural Resources Canada.

Cobalt is mainly used in the production of wear-resistant and high-strength magnetic alloys. The cobalt and cobalt (II) cobalt aluminate compounds (CoAl2O4, cobalt blue) give an intense characteristic blue color of glass, ceramics, inks, paints, and varnishes. Cobalt naturally occurs as a single stable isotope, cobalt-59. Cobalt-60 is a commercially important radioisotope, which is used as a radioactive tracer and for the production of high-energy gamma rays.

Cobalt is the active center of a group of coenzymes called cobalamins. Vitamin B12, the best-known example of the type, is an essential vitamin for all animals. Cobalt in an inorganic form is also a micronutrient for bacteria, algae, and fungi.

Cobalt is the active center of a group of coenzymes called cobalamins. vitamin B12, the best-known example of the type, is an essential vitamin for all animals. Cobalt in inorganic form is also a micronutrient for bacteria, algae, and fungi.